Rough Science and other rough stuff

The Things and I have just finished watching Series 3 & 4 of Rough Science.
It is such a fun show! We also like History Detectives, which you can watch online.

I didn't post anything special on Veteran's Day, but not because I didn't have any thoughts on the matter, but, well... words fail me.
My husband, my brother-in-law, my father, a couple of my uncles, several of my cousins, my grandfather, and my great-grandfather are vets. Many of our close friends are also veterans.
Monday we went to Tahoma National Cemetery. 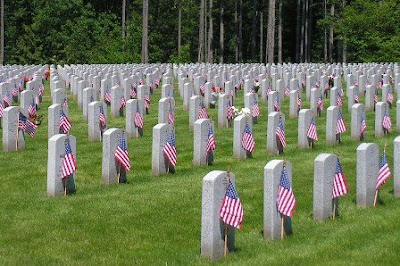 My grandparents are now interred there, in the this section. 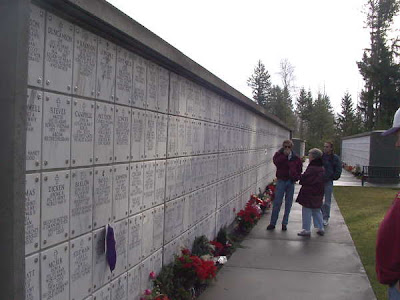 Seeing the very young military men who performed the rifle salute, flag ceremony, and played taps, working with the quite elderly VFW volunteers who officiated was perfect. The holders of the past and the future working together in the present to honor those of their ranks who have died.
Posted by Logophile at 8:11 AM 3 comments:

I am going to my grampa's funeral.
He was my last living grandparent. He was born in New York in 1919.
He was the eldest of 4 siblings.
He served in the Army and Air Force during WWII
(Pictured here with his father, also in the service).
He met my grandmother in England while he was stationed there.
She was attending nurses' training at the time. They met accidently in the darkness of a bomb shelter.
They were married in 1945.
They had 6 children and eventually settled here in Washington state where their kids had kids and the family started to grow to the staggering proportions it would eventually have.
Here is the whole famn damily in 1988, 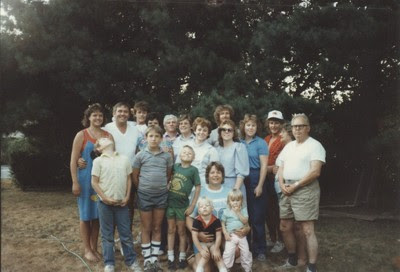 and most of the current gang just last month, at Grampa's birthday party. 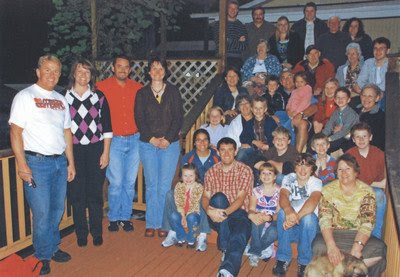 My gramma passed away back in November, 1995.

My grampa was an amazing man, and one who loved his family, life, and laughing.