What your appliances talk about when you're at work 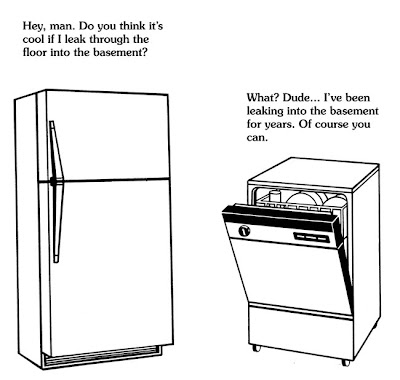 From
Married to the Sea

I got golf clubs!

I also got all the little bits and pieces to go with my clubs including some practice balls.
'Scuse me now, I'm going back outside to the yard to play.

We are getting to that holiday time of year. Here at casa de Logophilia we celebrate the winter solstice (after a fashion, there will be no skyclad dancing around a fire).
Frankly, the kids are looking forward to our summer solstice bonfire much more. Mostly, I think, because I said they could throw their completed workbooks on the fire. Anyway, the idea is to stay up through the long night of the year and watch the sunrise. FINALLY the days will start getting longer, ooooh yes, much with the sun shining and warmth, and the motorcycling. I'm looking forward to that. 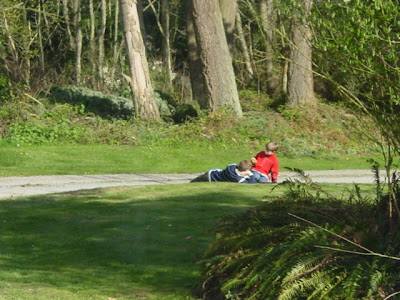 Next on the calendar is Festivus, that's the 23rd. You may not think it's a real holidy, but we enjoy it.
Then on Christmas Eve we will be heading to the Aged Ps' house for the rest of the holiday stuff.

Today we are delivering Christmas cookies and what not to our neighbors, aren't we kind?
Also, here is a gingerbread house we made. Aren't we crafty and festive? 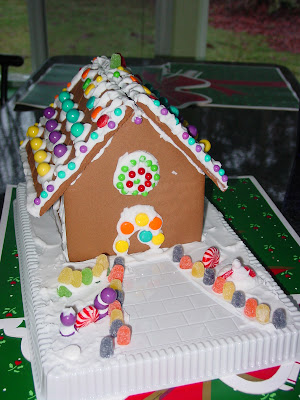 Alright, given my usual frequency of posting this may be it till after the holidays. Hope you all have a grand and glorious occasion with lots of good food and fun times.

Today we went to a concert and then to eat at Tutta Bella, authentic Neopolitan pizza, mmmmm.
It was lovely and we had good friends with us, which made it even better.
Two of our friends are staying the night with their 4 month old little one who is completely precious. So tomorrow is going to be awesome as well!

In other good news...
well, first I guess I ought to catch up with the bad news.
In October an MRI showed that my mom's breast cancer had metastasized to her brain and she had four tumors.
Obviously, that was the bad news part.

The GOOD news is that a recent MRI shows that three tumors are gone altogether and the 4th may disappear by the time the radiation effects are fully realized and if not then it may be a good candidate for gamma ray treatment.
So...Yay!
That is somewhat qualified good news.
Here's to hoping, hm?
Posted by Logophile at 11:02 PM 13 comments:

One of my favorite Christmas tunes

Another stroke of genius from Toothpaste for Dinner
Posted by Logophile at 4:47 PM 10 comments:

He is getting so OOOOOLD!
:p

This is the third time I've celebrated his birthday in blog.
Here's the first time,
and here's the second time.
This has been an exciting and interesting year.
Here is a pic of Mr. Logo in May on a motorcycle trip with some buddies in May. 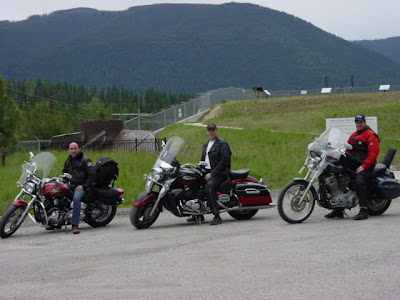 Then there was the motorcycle trip with the family in June.
Seen below attempting to sacrifice his children on a Stonehenge replica.

What can I say, there is some stress involved in traveling with children. 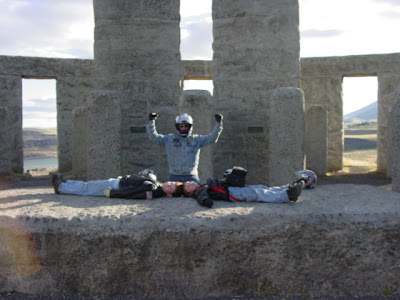 He's had an interesting year. He just celebrated a year at his job, quite the change from the military. He has survived 17 years with me, an amazing feat of strength and flexibility. 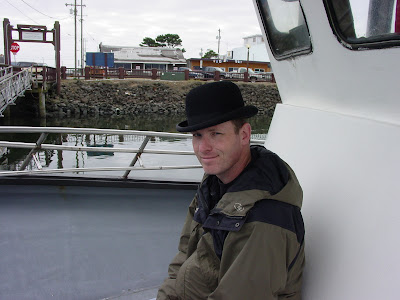 He managed to squeeze a couple thousands miles of motorcycling in this year, and a lot of those were with the full entourage which is no small feat.

He hardly missed any of Thing One's baseball games, even with his insane commute. he also managed to take the Things fishing a lot, and he reads to them almost every night. He is really a good daddy.

He's a pretty good husband too, fun and interesting to talk with, understanding and supportive, and more often bemused than bemoaning.

Yup, he's mostly an all around amazing guy.

Happy birthday, baby, I love you!

Wow, can you believe it's December already?

That means its time to get the Christmas decorations out, and hope we have good weather to do a solstice bonfire. Then there is Festivus, the 7 seafood Christmas Eve dinner, Christmas with the family and Boxing Day to celebrate.
Are you getting into it all or are you a grinch?

I'm not only not a grinch, I'm also a gingerbread house, so there!
What Holiday Food Are You?
Posted by Logophile at 7:41 AM 9 comments: