July is almost over??


It is very strange to realize that I've been done with school for 6 weeks now.
I've been doing lots of catching up on normal life stuff, laundry, sleeping, talking to the people who live with me, and even doing some reading, zomigosh!

I've also been doing lots of job applications and just scheduled an interview, sadly, it is for entrance to a job pool, not an actual position... but hey, I will take it, baby.
I've also been catching up with friends that I've mostly ignored and neglected over the course of the last two years. I had a lovely lunch today with one of them and I have a hot date Friday with another one. We are going to have an awesome day in Seattle and although it may include some shopping, it will mostly be about good food and chatting and I am really looking forward to it!

I will find it easier to think about my student loans when I actually get a job but I am afraid I that is going to happen just about the time I actually get my brain to relax... typical, right?


Posted by Logophile at 6:58 PM No comments:


I started July off in San Francisco for the annual conference of the American Library Association. Two of my very good library school buddies shared a room with me and we had a great time together.

In addition to attending the conference we also did some sightseeing and exploring. 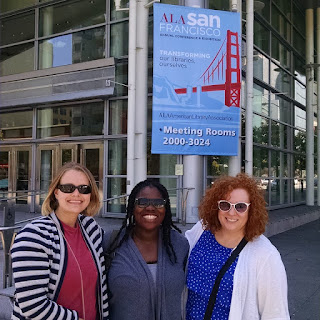 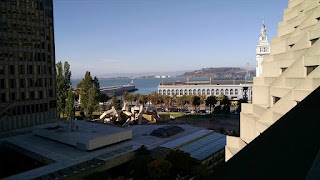 I also liked the view at night, so here's a pic of that. 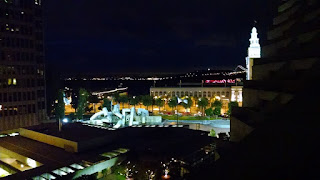 I had a long list of the the places I wanted to see... and I got to most of them. Both my roomies were pleased that I had a plan and were happy to come along, even for the Segway tour, which concerned them at first. 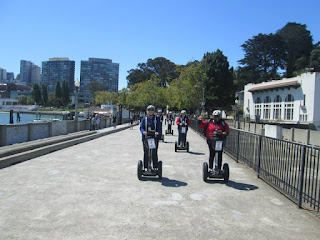 The Segway Tour took us all over Little Italy, Fisherman's Wharf, past the window where Mrs. Doubtfire lost her face and through the alley where the garbage truck ran it over.  We visited the church where Joe DiMaggio got married (the first time) and lots of other little spots like that. It was a lot of fun. We also went on a boat tour which took us around Alcatraz, 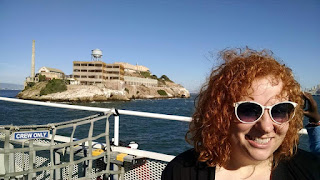 and under the Golden Gate bridge. It was a great view of the city as well, and there were some fascinating historical details (which I loved hearing about).
I really loved the cable cars and street cars too, so much fun. SF has imported street cars and the Italian one was beautiful. 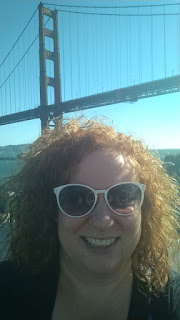 Of course, there was much feasting and sampling, and nibbling.
Too, too good. 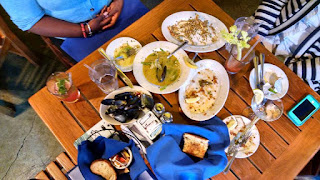 This billboard made me giggle, so I had to snap a pic. We could use this in Seattle too. 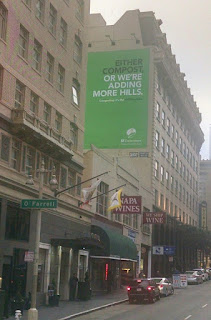 I really enjoyed my week in SF and then I came home to an injured Ariella.
She tore her ACL and is now wearing a brace while it heals.
Poor puppy. 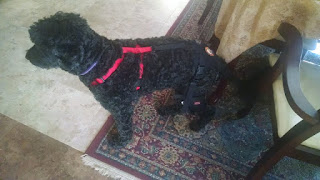 Posted by Logophile at 3:45 PM No comments: