I went to get my "new" and "repaired" car, and guess what,
go ahead,
guess!

It wouldn't even start.
So they sent me home Friday in a loaner (score!) and then,
because that didn't suck enough all on its own...
Monday afternoon I had a pal over and started feeling a little bleh.
Next thing you know,
I was puking my guts out and today is the first time I've eaten since then.
I freaking HATE being sick.

However,
Saturday I did get to go see a charity concert that featured some awesome music;
Long Winters,
The Presidents of the United States of America,
Sean Nelson (lead from Harvey Danger),
and I got to drive my zippy little loaner Yaris around downtown Seattle including some nifty little sidewalk driving
:D
tee hee

As of this evening I feel almost human, mostly.
Posted by Logophile at 10:19 PM 3 comments:

It is a consistent feature of my adult relationships that although I tell people I grew up in an incredibly conservative environment it is not until some detail arises and shocks them that they truly grasp HOW conservative an environment I mean.

I recently mentioned that I got detention for using "colorful metaphor" at school. I do not mean I used a colorful metaphor ( for example - "Double dumbass on you!"), oh no.
I mean that on the volleyball court, during practice, a gal bumped the ball offsides and I went scrambling after it, when I missed it I muttered...and I quote, "Colorful metaphors!"

This was deemed a euphemism and highly inappropriate.

Today we are taking our newly-purchased used car back to the dealership for repairs for the second time in the week that we have owned it. Twice now it has konked out on Mr. Logo on his way to work. There is a distinct lack of lighted-heartedness, mirth, or joy on this subject.
It is, in fact, what some might refer to as
a sore subject.

As we transport the gimpy &*%$&%$ thing back to where we purchased it so they can attempt to actually repair it...
let me just tell you,

forget the euphemisms; I am using some colorful metaphors!
Posted by Logophile at 2:56 PM 5 comments:

I may be picky but I know what I like!

So for dinner the other night I made mac and cheese to go with meatloaf. Actually, it was ziti and cheese, but you get the idea. After I was finished the kitchen had that,
"Logo's been cooking again" sort of look about it. Mr. Logo does adore it so. 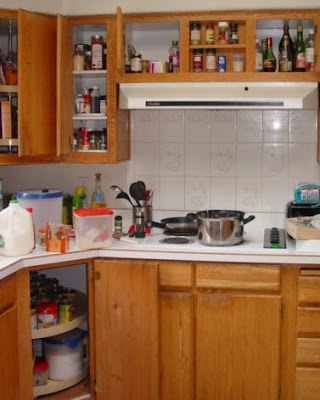 The answer to the obvious question there (obvious to SOME people anyway) is, "No, I don't neeeeed all the cupboards open. That is just a bonus!"
Anyway,
I started with a roux, and used about a pound of sharp cheddar cheese. However, I swear it wasn't as unhealthy as it could have been (the roux used more olive oil than butter for example), and at least it wasn't fake food.
Some things should NEVER be in a powdered form, and cheese is on that list.
As are toys for children (those are NOT monkeys, and that ain't the sea)
and tea (Get thee behind me, Lipton).

So this was the stage where I couldn't keep Thing Two out of the pot, 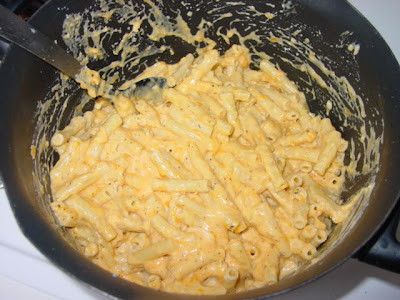 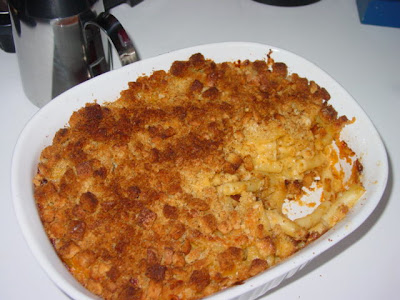 I had to eat fast because my pal and I had big plans. 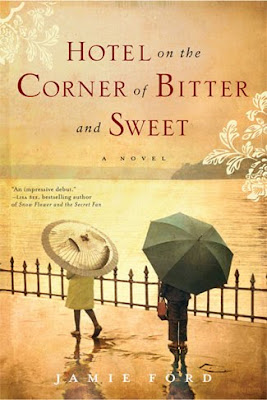 The guy who wrote Hotel at the Corner of Bitter and Sweet did a stop over not tooo far from where I live and since we both love this book, it seemed the perfect way to pass an evening. 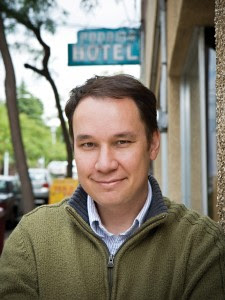 Jamie Ford was articulate, funny, smart, and all the things you hope for in an author making an appearance. I totally have a crush now.
He met his wife at a library and proposed in a bookstore. Now, THAT is a relationship with an excellent start.
Single worst moment of the evening though? When the old, and apparently backward, woman in the row directly behind me asked the half-chinese author of the book how you can tell Chinese people from Japanese people when you are looking at them. I KNOW my face registered horror and disbelief in the split second before I realized people looking at her from the front half of the room could totally see my face so then I attempted to slap on a nonchalant and neutral expression.
I probably managed to appear startled and addled, but it was the best I could do at short notice.
I mean, really???
Jamie Ford was very kind and diplomatic in answering the question, far more so than I would have been. That might have gone more like this,
"How do you tell a Swede from a German? What differentiates the apppearance of a Scot from the Welsh? How do you distinguish a Russian woman from a French woman? Oh, you can't always tell? I wonder what you might extrapolate from that?!"
Grrrrrrrr... 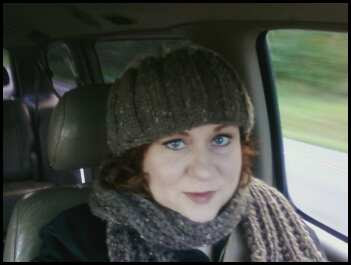 on Friday evening in a hat and scarf I made my very own self.
That is my Logo logo ™
I am soooo up-to-date.

I don't really get to chat as much as I have in the past
(much less time to be in front of the 'puter these days)
but,
now that I have unlimited text,
that's ok because now I can chat via text,
ANYTIME, ANYWHERE!
Score!

Football games go so much quicker when you are texting with your friend.
Posted by Logophile at 10:56 AM 2 comments: