a while ago I received a very thoughtful gift. It was lovely, I'm sure but I am too... something to truly appreciate its greatness. It looked a lot like this.

I tried giving it to a friend who was going to Paris (I tucked a guide book into it and told her she should take it to France and leave it there). However, she returned my guidebook in it and tucked in some lavender too. So much for that.
THEN, I tucked some goodies into it and mailed it to a friend who moved to Spokane. I told her to pass it on to some other unsuspecting woman but she has threatened to return it someday when I least expect it.

Now, this pal of mine, Rosabella, has a husband. He is also a friend despite his crazy-ish extremely right-wingy  political position. I call him an anarchist and he call me a communist. We really enjoy discuss politics together though, even if it does make Mr. Logo and Rosabella roll their eyes.

We also enjoy discussing philosophy, scientific theory, and other useless and pointless things that make our spouses adjourn to another room to talk about things that matter.
So for Christmas I gave my practical princess Rosabella some perfume she very much likes and I gave her husband a book about how to build a time machine.

More recently, for St. Patrick's Day, I sent him a card with Barack "O'bama" on it— completely with a lucky clover lapel pin. Inside it said, "I thought this would look good sitting on your coffee table."
He claims to have burned the card,
and his coffee table, just for good measure.


So earlier this week I received a package from him.
Containing this... 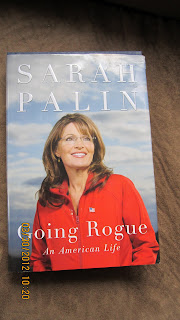 with a note saying that now we would have something intelligent and interesting to discuss.
When I opened it up, this is what I found... 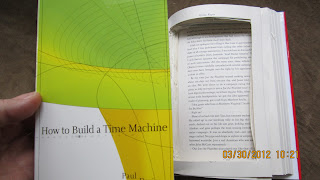 his Christmas present which I'd been hoping to read at some point.

It is a helpful and practical guide on building a time machine for those with some time, a healthy budget, and a really speedy spaceship. 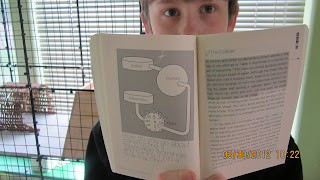 There are even illustrations to make it easy to understand!
Posted by Logophile at 1:38 PM 2 comments:

In Which I Discuss Strange Things I've Been Eating.

The rainbow chard was cooked with olive oil, the juice of a fresh orange, along with a little grated orange peel and some sliced pears. It was actually quite good!
The sunchokes were in a soup with sausage and lots of other good stuff, it was very delicious.

The purple kale though, that was my first big foray into the world of strange and unknown veggies. We got a recipe that called for leeks and other things and after I cooked it all up I threw in some bacon, because, really, bacon makes everything better. As it turns out, I would have probably eaten it gladly without the bacon.

My mother was born in England and raised by an Englishwoman. Although this had some lovely effects it did mean that, well, my mum made some interesting choices regarding the preparation of veggies.
There was a lot of overcooking, and very little seasoning.

Turns out squooshy and flavorless is optional!
I have become quite the veggie eater, even some of the more unusual veggies.
Who knew?
Posted by Logophile at 8:07 PM 2 comments:

This is sooooo cute.
I have a crush on cute, fuzzy bunnies.

Wouldn't it be handy to have one of these? 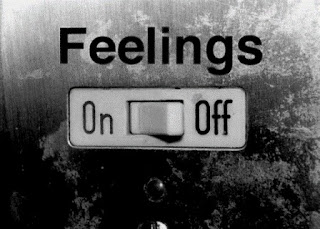 Last but not least,
no matter what happens,
where you go,
or what goes wrong,
just remember...

We take delivery of organic produce from a local farm and in our box was some chard.

It's not even a nice sounding word for starters,
but also...

what does one DO with chard?

I am sure there are recipes online (the internet being the vast and varied thing that it is) and I am not really looking for help with googling, I do how to do that.

I'm actually just wondering if there are, among my acquaintances, people who regularly eat this willingly.
Posted by Logophile at 10:43 AM 3 comments: 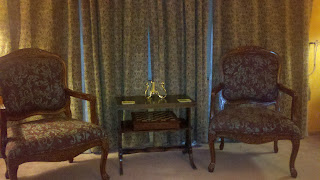 There are the new-ish chairs in my living room.
They are actually pretty comfortable (which, being interpreted, means I can totally curl up in them and read). 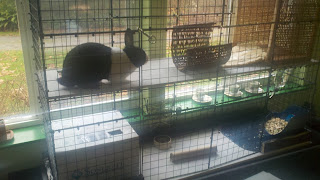 Here is another photo of the rabbit we have now.
Perry lives in a two-story townhouse with a territorial view.
He is going to be neutered soon as continues to exhibit an exceptionally disturbing affection for the arms of various family members. 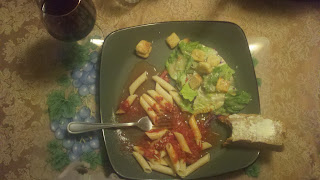 This was dinner the other night, what I made my own self with no help from anyone. 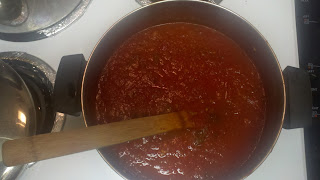 I even made the sauce myself from actual tomatoes that came attached to green sticks. It simmered for 3 or 4 hours and actually could have used a bit longer, but I have stuff to DO, people.
*I'm very busy and important. 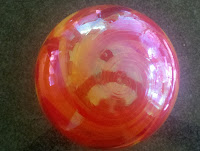 This is a glass ball I got at a silent auction to support the free clinic with which I volunteer. I live in an area with a lot of glass art (thanks to Dale Chihuly) and I've wanted some for ages but suffered from decision making disorder. Now I have one!

This post is from the Museum of Flight, it says,
"At 2,432 feet coffee isn't served, it's vaporized." 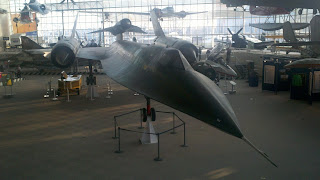 The SR-71 Blackbird is one of the coolest planes ever.
When I was a teenager I had an amazing looking poster of one in my room. Speaking of teenagers...

Thing One is away on a humanitarian mission. He is taking his malaria pills and amply armed with sunscreen, mosquito killer, and hand sanitizer. He and his hammer left here in the wee hours of the morning (they are going to build benches for a school) with a suitcase contain about 15 pounds of his own things and 35 pounds of clothes for kids at an orphanage.
I am really excited for him to have this opportunity.

*This is a movie quote. It was used by the same actor in two different movies.
Also, I am a trivia addict, but I could stop anytime I wanted. I just don't want to.

Come, you are a tedious fool. To the purpose.

Today Thing One tried to tell me that no one but trivia buffs know the word Elizabethan.
I said to him,
Thou impertinent scurvy-valiant joithead!

Your brain is as dry as the remainder biscuit after a voyage.


Ok, not really, but I think I may have expressed some disappointment with his lack of familiarity with the terms after TWO FREAKING YEARS of high school English.

He is studying Julius Caesar in Honors English this year.
If he doesn't hear the term at school this year I shall do such things, I know not what, but they shall be the terrors of the earth!.
Posted by Logophile at 5:58 PM 3 comments: