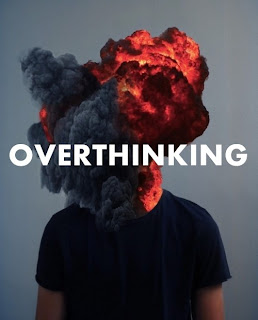 It's bad for your face.
Also, getting a tetanus booster shot hurts like a *insert shockingly bad words here*

I may never be able to use my arm again! Or least for like, another day, it might really feel sore when I raise it over my head, which is totally the same thing in drama drama land.
Posted by Logophile at 11:16 PM 6 comments: 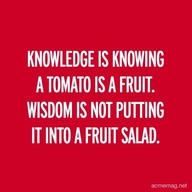 No, really, please do for the love of all that is holy, APPLY IT.

Not you, dear readers, the people I know who keep putting figurative tomatoes in freaking fruit salad.
Posted by Logophile at 8:35 PM 2 comments:

Here, have a giggle. I have a spare. 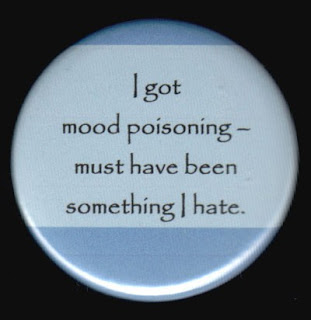 Here is a something for the geeks, you know who you are. 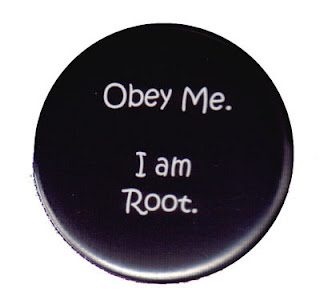 Kermit advertising for the Ministry of Silly Walks. 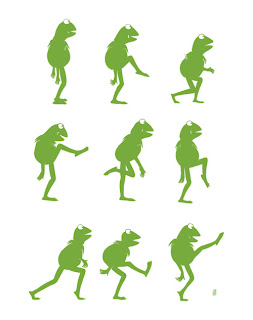 It's a chill sort of day on the pond. 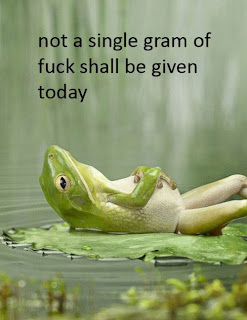 Thing Two found this shirt and wanted to share. 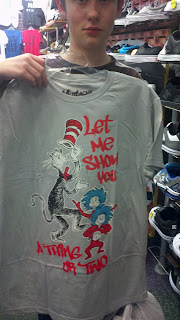 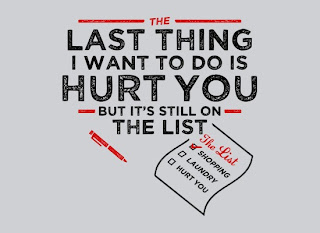 Mr. Logo loves me.
I know this because he got me this mug for Christmas. 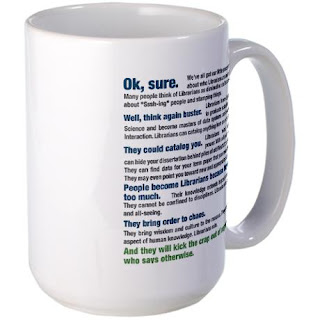 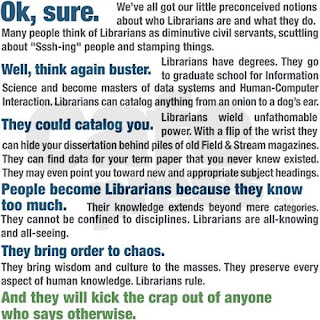 Also, someone was being all artistic here (photo found online) and it reminded me of the poem below. 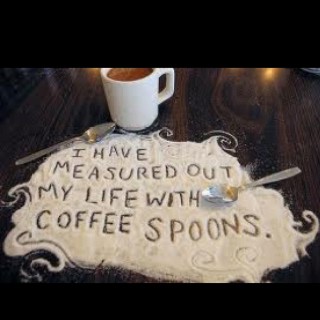 Coffee Spoons and Tea Cups
(A poetic  act of genius by Thing One)
Pancakes, eggs, sausage, and a cup of tea for breakfast,
Or rather, a bagel, cream cheese, and a slice of ham as I sprint for the bus.
Swirls of river water tug my fishing line,
But only in my mind.
Abrupt zipping of a neighboring backpack jerks me back
Like a small, feeble, trout
Flopping on a quickly reeling line.
Skillfully weaving in and out
Steering at high speed
On a John Deere tractor crawling around the yard.
Tracing ever spiraling circles of green
Frightening rabbits, terrifying squirrels,
Evicting insects, and trimming the grass.
Yes, let us all remember the magic in the mundane
In every act there is a rabbit hole,
In every dish to wash there is a golden lamp to rub.
For we decide to use Prufrock’s coffee spoon
Or the March Hare’s tea cup
To measure our days.
Posted by Logophile at 5:13 PM 2 comments:

This year, instead of watching the full I Have a Dream speech as usual with The Things I decided to do something new, and a little more in depth.


This year we read A Letter from a Birmingham Jail and watched Tom Brokaw's two-hour bio entitled, King.
It's a pretty great look at his life, lots of interviews and personal insights.


Thing One got more out of it, unsurprisingly. Recent demands on his own writing mechanics meant he was better able to appreciate the depth of skill and art Dr. King displayed in the writing in the letter, not to mention the passion, wisdom, and moral conviction conveyed.


Happy MLK, Jr. Day.
Here's to hoping we can honor his legacy by continuing his fight against racism, poverty, and war.

Perhaps I have once again been too optimistic. Is organized religion too inextricably bound to the status quo to save our nation and the world? Perhaps I must turn my faith to the inner spiritual church, the church within the church, as the true ekklesia and the hope of the world. But again I am thankful to God that some noble souls from the ranks of organized religion have broken loose from the paralyzing chains of conformity and joined us as active partners in the struggle for freedom. They have left their secure congregations and walked the streets of Albany, Georgia, with us. They have gone down the highways of the South on tortuous rides for freedom. Yes, they have gone to jail with us. Some have been dismissed from their churches, have lost the support of their bishops and fellow ministers. But they have acted in the faith that right defeated is stronger than evil triumphant. Their witness has been the spiritual salt that has preserved the true meaning of the gospel in these troubled times. They have carved a tunnel of hope through the dark mountain of disappointment. I hope the church as a whole will meet the challenge of this decisive hour. But even if the church does not come to the aid of justice, I have no despair about the future. I have no fear about the outcome of our struggle in Birmingham, even if our motives are at present misunderstood. We will reach the goal of freedom in Birmingham and all over the nation, because the goal of America is freedom. Abused and scorned though we may be, our destiny is tied up with America's destiny. Before the pilgrims landed at Plymouth, we were here. Before the pen of Jefferson etched the majestic words of the Declaration of Independence across the pages of history, we were here. For more than two centuries our forebears labored in this country without wages; they made cotton king; they built the homes of their masters while suffering gross injustice and shameful humiliation -and yet out of a bottomless vitality they continued to thrive and develop. If the inexpressible cruelties of slavery could not stop us, the opposition we now face will surely fail. We will win our freedom because the sacred heritage of our nation and the eternal will of God are embodied in our echoing demands.

Over the holiday break I watched more TV than I have in... probably the preceding 11 months of the year at least, possibly the last TWO years.

My papa was visiting, Thing One and Thing Two were on break from school (the Christmas break is much longer now than it was when I was homeschooling them both, but then I was actually teaching things) and even Mr. Logo had some time off.

There was a lot of Phineas & Ferb and Dr. Who.

My dad introduced us to The Mentalist, and forced us to watched some NCIS too.

I watched a couple hours of Castle- Nathan Fillion is pretty fun to watch.
I finally got around to watching a some episodes The Big Bang Theory, I was amused.
I also watched one or two shows from All-American Muslims. It's not going to be something I'm deeply committed to watching, but it was interesting.

A prayer for the new year. 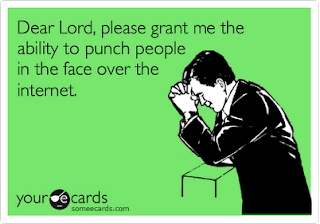 Jesus knows I would only use this power for good.
Posted by Logophile at 7:35 PM 7 comments:

In which I blather about things that seem important-ish at the moment.

Today, January 3rd, marks the second anniversary of my mom's death. It's seen much longer than that in some ways, and in other ways it seems impossible that it's only been two years. I've been thinking about so many things today, reviewing my life, especially the last two years.
One of the items I've been thinking about is this blog.
Many of the people I started blogging with have either given it up altogether or just barely blog anymore. There are so many changes.

Today the question occurred to me, do I want to keep blogging?
I've had the blogging without obligation button on this blog for ages and I've genuinely embraced the philosophy attached. I only post when I want to do so, and only about things I want to discuss in this public venue. Of late, that has not consisted of much.


This blog has functioned though, as the best and most complete journalling effort I've ever produced. I've gone archive diving for dates, or pictures, to recall the sequence in which events occurred or just to enjoy some fun moments in the past.


In the way of a New Year's resolution with a memorial for my mom, who was a serious journal keeper, I've decided to alter my Blogging Without Obligation approach.
Instead I am going to Blog With Intent.
I don't know exactly what that is going to look like, and how it will play out, but I like having this place to meet with friends and record my thoughts and my life.


Sooo, Happy New Year, may we have more joys than sorrows in the days ahead.