You know what I haven't done in about a month?

So, it's been almost a month since I wrote anything here, and I do have an assignment due so it seems the perfect time to blow that off and write a blog post!


Last Friday a group of gals I know decided to visit the Seattle Symphony and their ringleader would not take NO for an answer so she dragged me along with them and let me just say, I am so glad I went along. There was a little wine event in the lobby and baroque music. I smuggled in dark chocolate macadamia nuts, which were perfect with the red wine and with the coffee at intermission too. Afterward we went to The Triple Door for food (Wild Ginger) and I finally got home about 1:00 AM. It was worth it. 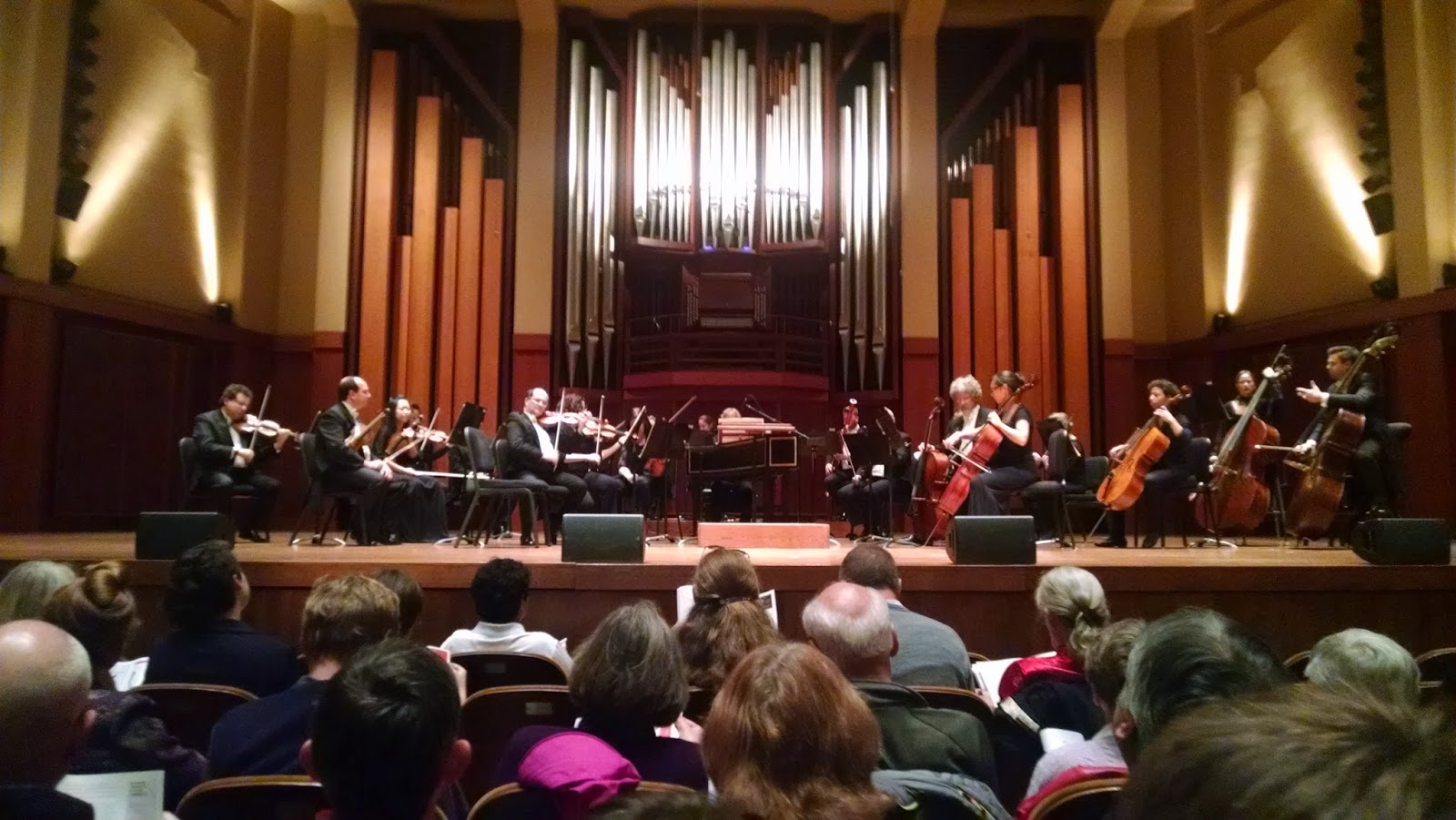 Here is a photo of me.
I cannot remember why I took this but I look bemused about something or other, which happens often enough. So there ya go.  Please note the curl right in the middle of my forehead. When I am good I am very, very good... 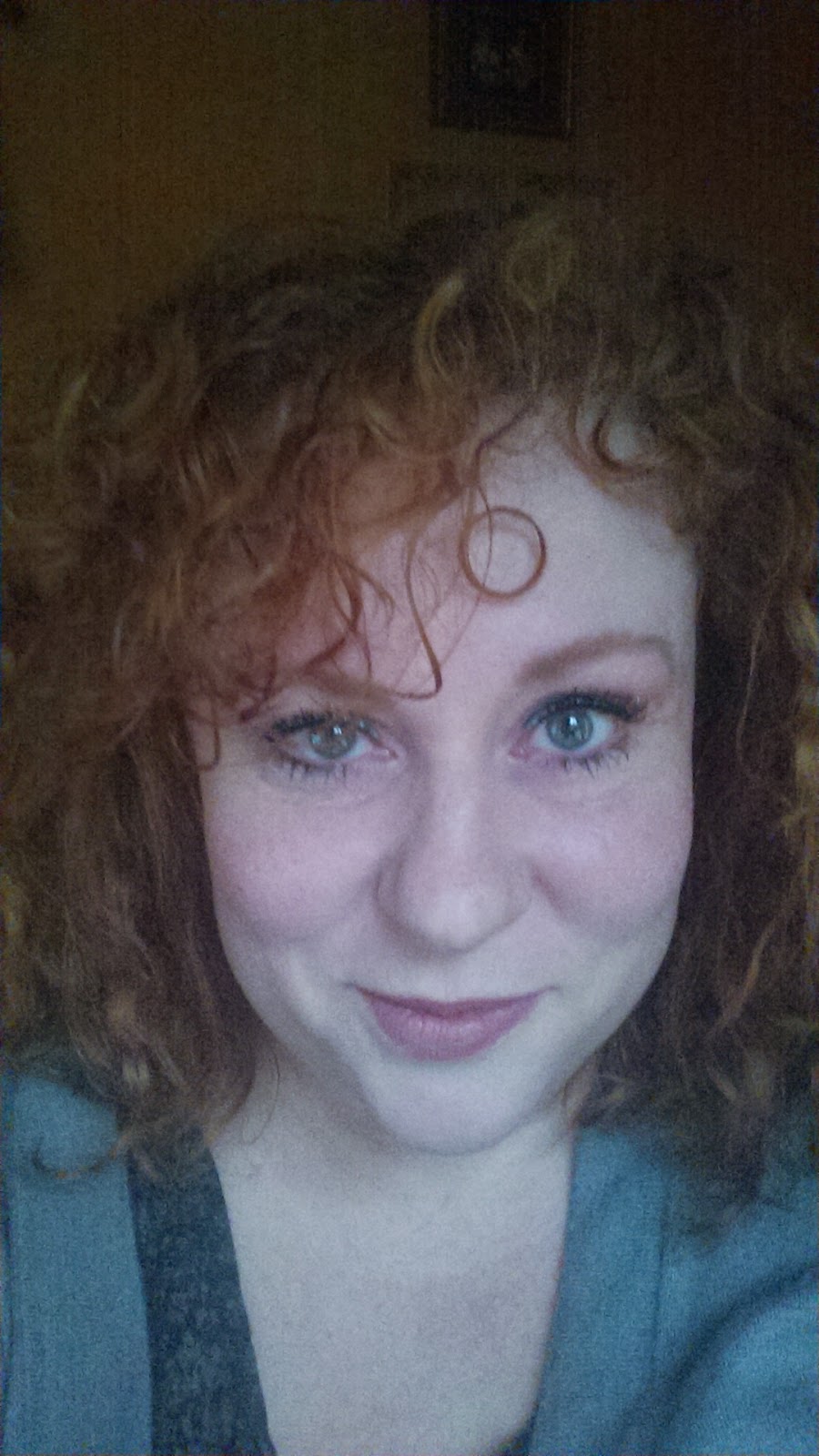 Next, we have pictures of my office. I have an office. Not only do I have an office (I share an office to be more specific, but my office mate is even less part time than I am, so it is mostly mine) but it is a really lovely example of the species. 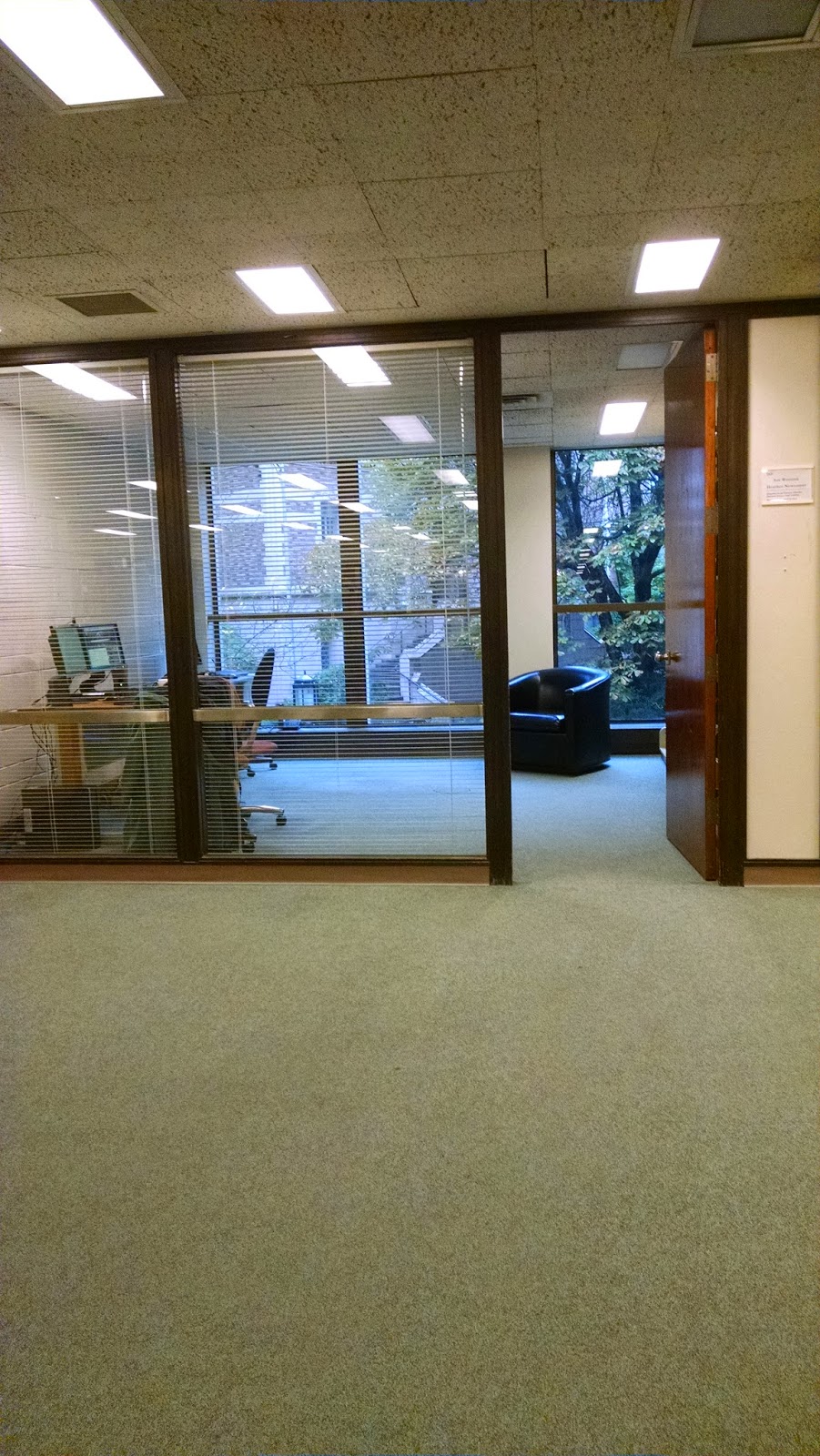 The view is actually my favorite thing about the space, that and the gloriously large windows. The trees changing colors outside and the lovely building across the way just make it better. I have decided to squeeze every last little bit of enjoyment out of having such a nice view as it may very well be the only time in my career that I have such a lovely place to gaze out and collect my thoughts between projects. 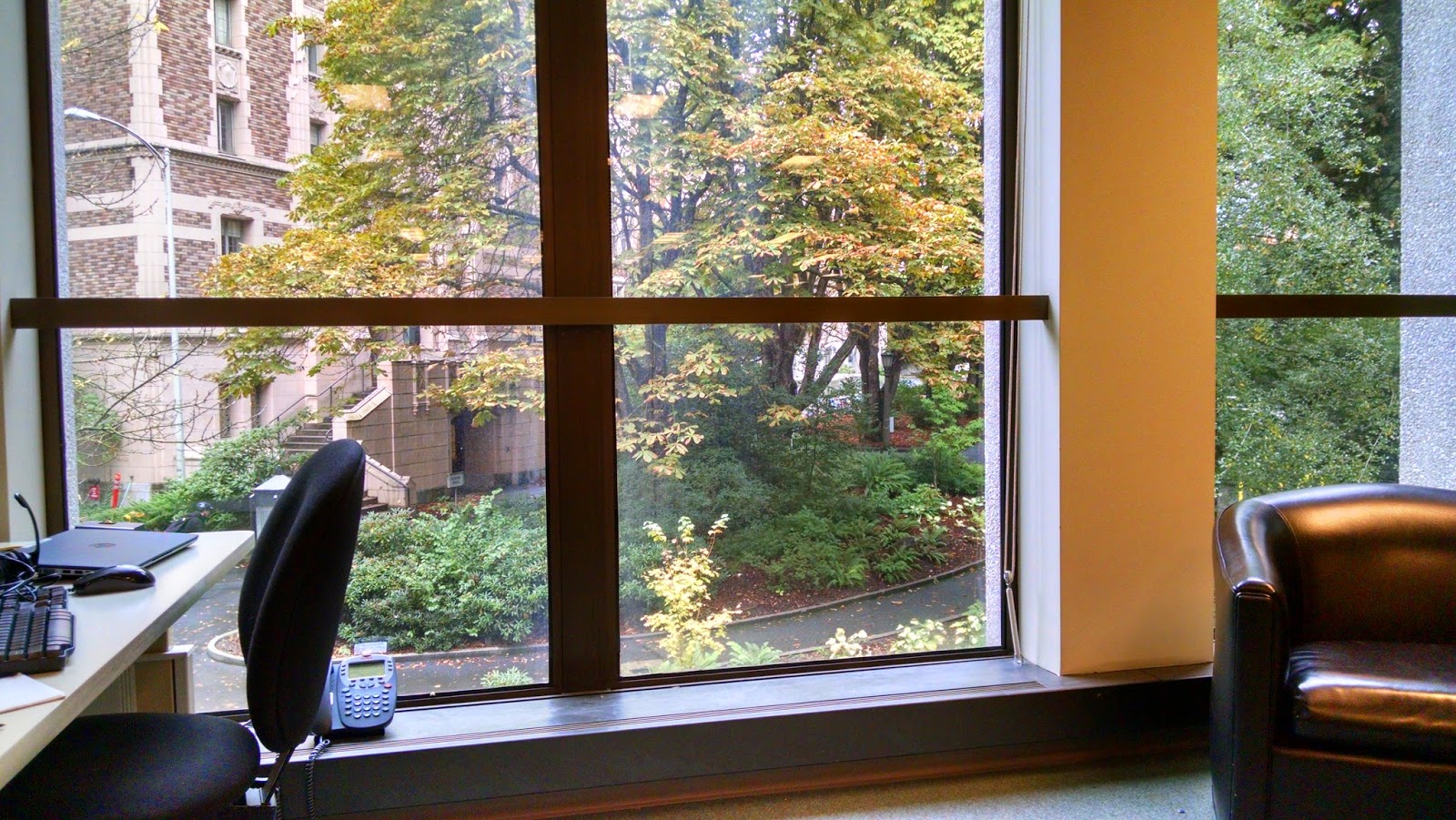 And here, because Mr. Logo wanted me to capture in black and white, for posterity, that I have a lovely office with my very own name on it, is a pic of the little plaque by the door. Ooooo, lookee there.

I work on campus Mondays and Wednesdays this quarter (that will be changing) and work from home on Thursdays and Fridays. Mr. Logo takes the bus from his job just south of Seattle to UW and we ride the rest of the way home together. Bus commuting with someone you don't mind sitting next to for a couple hours actually makes the experience much more enjoyable. There is a large pastel cowboy balloon just up the hill from one of the bus stop, for reasons...
Yeah, I don't even know. 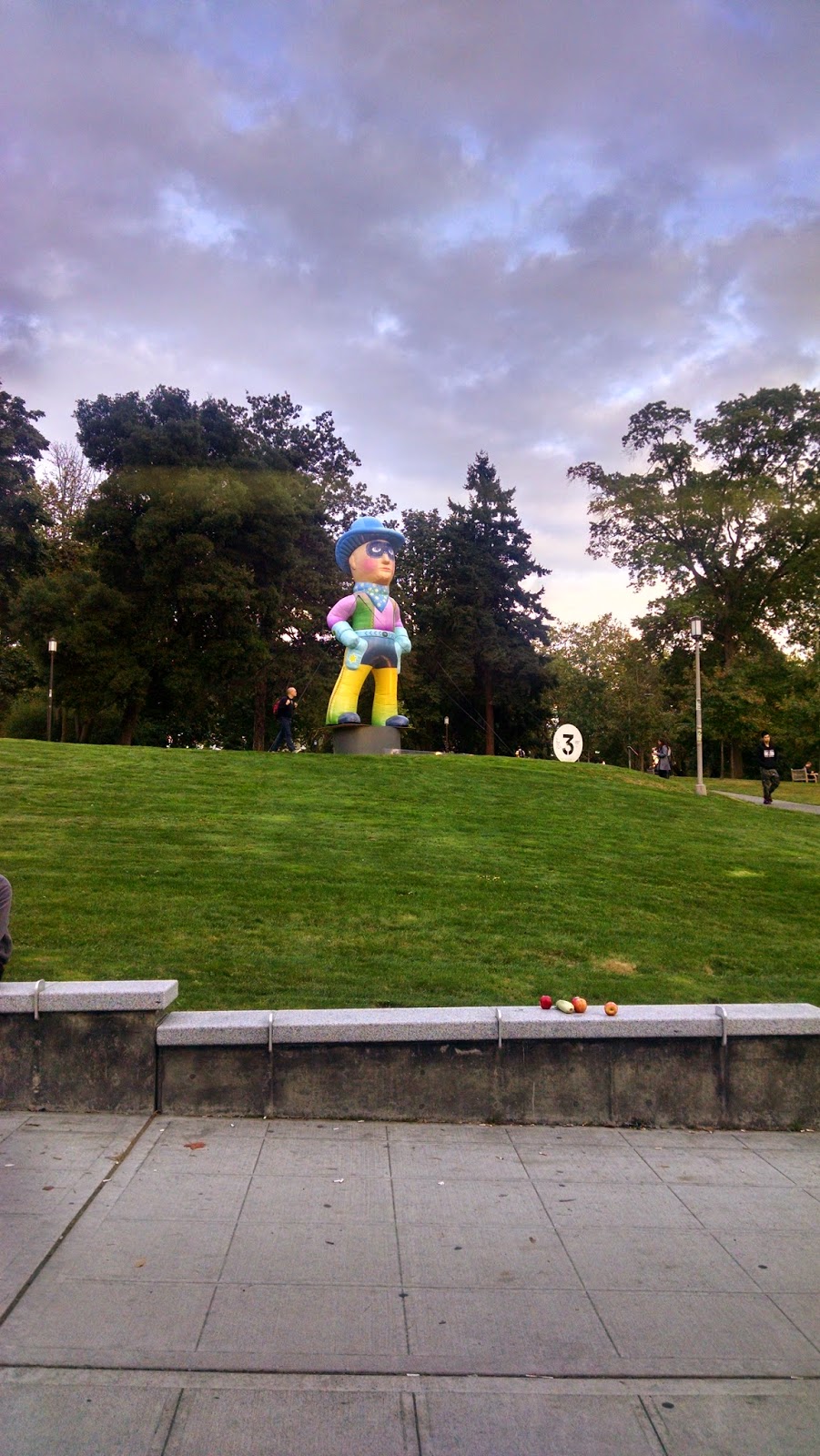 Also, we have the lovely poetry on my fridge, completely with magnetic representations of my Things and another representation, in the form of wild beasties. 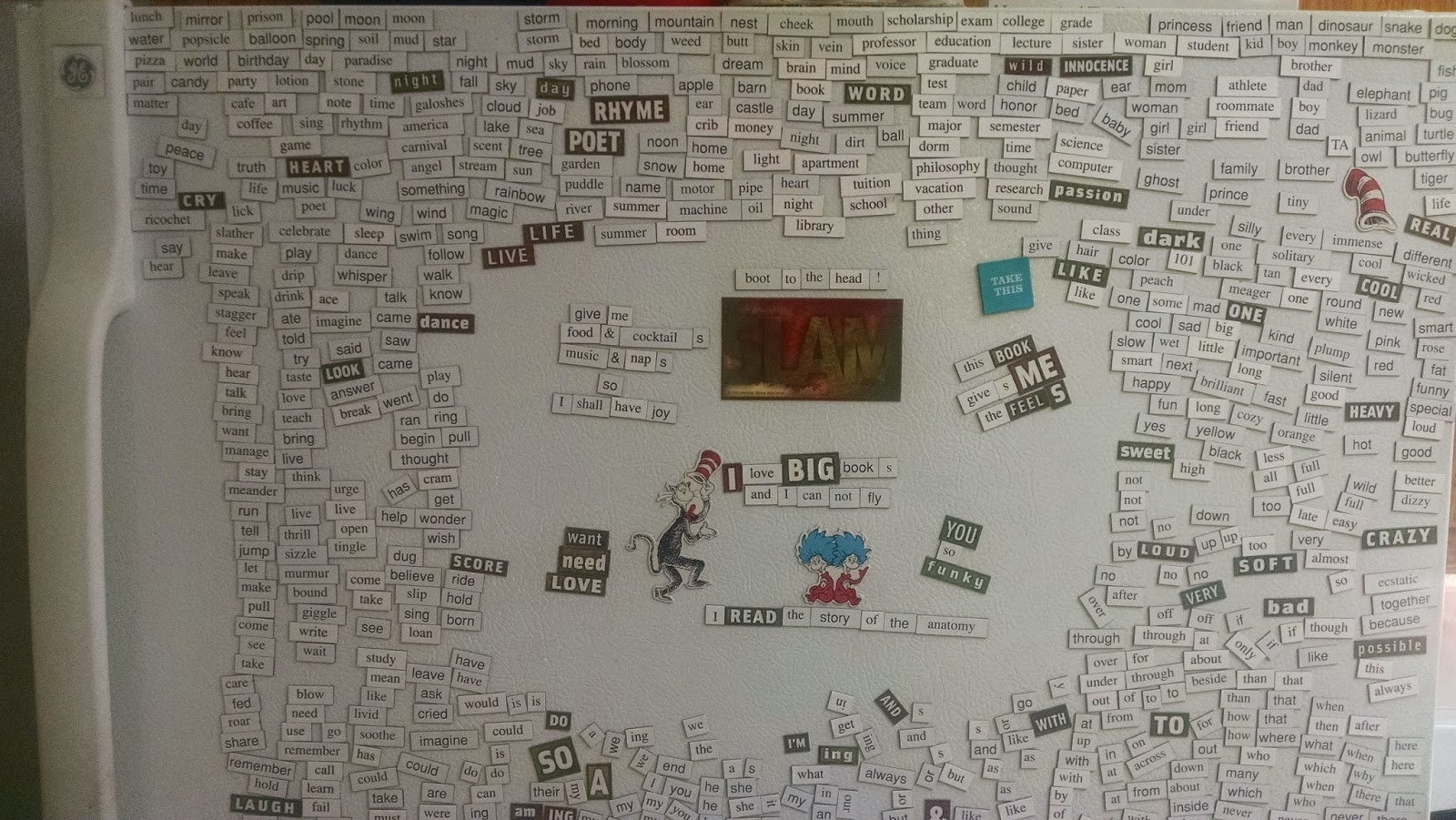 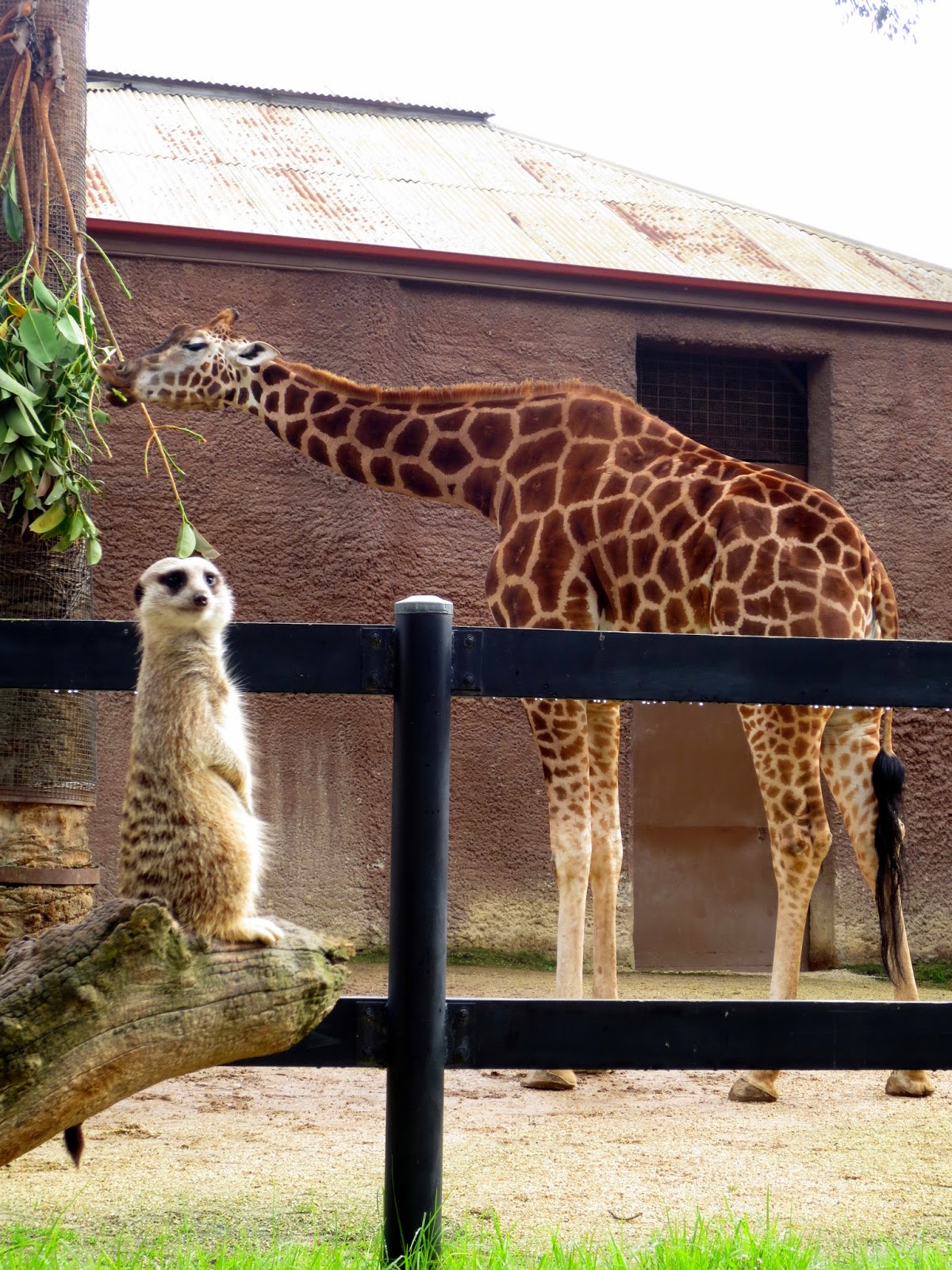 This came about because I was explaining about Boris and Natasha and Moose and Squirrel (it was mentioned on a TV show) and my children were talking about what animals were more accurately descriptive. Thing Two has shot up several inches lately and is still rather thin (or scrawny, as Thing One would have it) so we decided he was more giraffe than moose and this led to the conclusion that Thing One was clearly not a squirrel in that case, he was a meerkat.  So here they are, giraffe and meerkat.

In other news, the renovations of the mini-RV are coming along nicely and we hope to take a trip to the Redwoods for Christmas. Thing Two is starting driver's ed in just over a week. Thing One got himself a different job because he needed more hours than the current gig was giving him (his car needs a new clutch, ouch). Interestingly, he is currently employed by the same company that his best buddy once worked for and which he (Thing One, not the buddy) regarded as a horrible, terrible, no-good company. Turns out when they are willing to hire you... they seem better.

Lastly, we have some amazing cards from Curly Girl Design, which I love. 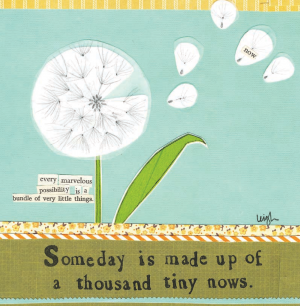 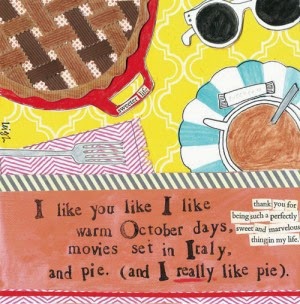 Posted by Logophile at 9:35 PM No comments: