So ya know about the Ryan Gosling "Hey, girl..." meme?

Here is a homeschooling version of the same sort of thing, 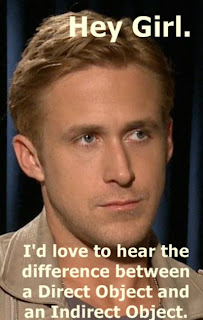 It amuses me greatly. 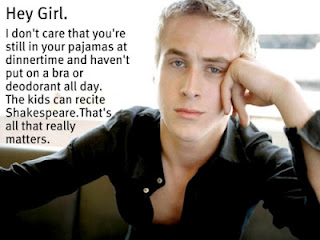 A rant inspired upon being assaulted once too often by the hateful rhetoric of the "Christian" Right during this work up to the election cycle.

Anyone who sets himself up as "religious" by talking a good game is self-deceived. This kind of religion is hot air and only hot air. Real religion, the kind that passes muster before God the Father, is this: Reach out to the homeless and loveless in their plight, and guard against corruption from the godless world.
James 1:26-27

God was very clear about his expectation for his people regarding their care of those in need. In fact, it is so fundamental to what true Christianity is that Jesus said if you aren't caring for the poor, the sick, and the imprisoned then you are not really one of his.

This is why I bring this up. If you are not personally feeding the hungry, clothing the poor, and caring for the sick and those in prison, AND you object to the people of our country pooling their money together to meet those Jesus-mandated obligations collectively (via taxation) then how can you possible claim to be a follower of the Christ?

Either get off your ass and do it yourself,
get out of the way and let those of us who care enough about "the least of these" to do the work through our tax contributions,
or at least have the decency to be honest about the fact you are self-centered and greedy and you think the poor deserve what they get. Don't dress it up as your religious conviction.

If you claim to be a Christian your leader told you, in the sermon on the mount,

"Give to him who asks you, and from him who wants to borrow from you do not turn away."

Let me close with this thought. If you are proud, well-fed, and unconcerned for the poor and needy, God says YOU are engaging in the sins of Sodom.

Ezekiel 16:49
49 “‘Now this was the sin of your sister Sodom: She and her daughters were arrogant, overfed and unconcerned; they did not help the poor and needy.

Worried about the USA losing the blessing of God because of following after the sin of the Sodomites?  Then get out there are get busy caring for the poor and needy. Right now.
We all know what happened to Sodom. 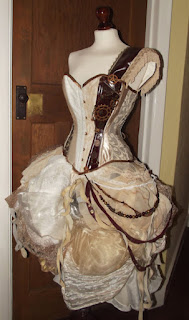 I saw this today on Pinterest or Tumblr or somewhere, and there wasn't a link attached. It looks like a homemade setting and I think it is brilliant.

When we got to the Space Needle it was just about sunset. 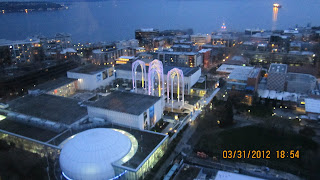 It was a gorgeous evening for a dinner at 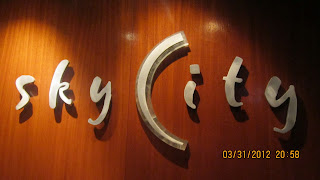 We got there a little early for our reservation so we sat and waited for a while on our table. 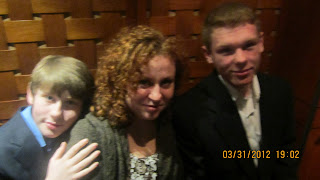 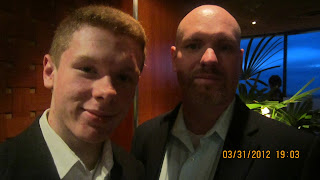 Even that part was kind of cool because you get to see the diners spin around in a circle around you while you wait. 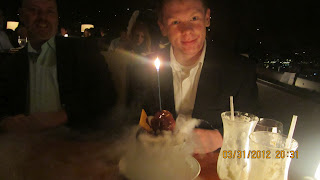 Here is Sam enjoying a dessert that has been featured at the Space Needle since it opened in 1962.
The Lunar Orbiter.
Here is the same basic view that we started with
but obviously it is a bit later. 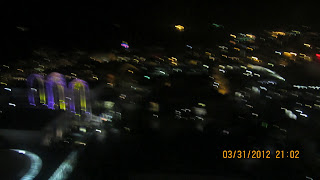 Thing Two tells us he thinks he wants the same thing when he turns 16 so I guess we better start saving up for that!
Posted by Logophile at 12:08 AM 2 comments: 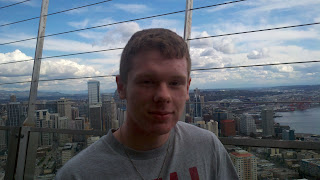 This Thing is a good thing.


He wanted to do a fancy dinner so we made reservation for a sunset dinner at the Seattle Space Needle. He had what he claims in the best salmon ever. I had halibut. Mr. Logo  and Thing Two opted for chicken, though Thing Two was eating off the kid's menu.


We were there on an evening when the observation deck was closed for a private event so we got free tickets to use another day.
The picture above was taken on the day we returned, a glorious day in the Pacific Northwest, meaning of course, that it was raining miserably. It rains all the time. You would hate it here.


But back to Thing One. He is enjoying his German class at high school. He decided to take German because everybody takes Spanish. He's a bit of a contrarian, wonder where he gets that... must be his father.


He is also getting great grades in his algebra II class, his Honors English class, his weight training class, and his technical design class.


His AP bio grade fluctuates between an A and B, but overall, he is doing well there too. He tells me he expects to finish with a 4.0 this semester. I am quite pleased.  Especially since he missed 10 days of school this term.


He went to build benches and paint a school in Haiti, among other things. 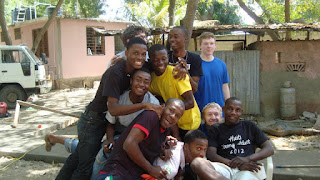 He had a good time in Haiti. He worked hard, got a little sick, learned a lot, and even did a little sightseeing.
He is keeping in touch with his new Haitian friends on Facebook and is hoping to return next year.


Earlier this year, in October, he got pretty sick and missed about 7 days of school which puts him at 17 absent days this year.
Despite that, he was invited to join the Honor Society. Making up the PE class was the hardest. He had to get up extra early to go to a 0 period before school.


He did it though, and I really do believe that child can do anything he sets his mind to do.


Today I am taking him to the DOL for his road test. I am excited for him and a little worried, but mostly I am really, really proud.
Posted by Logophile at 11:36 AM 3 comments: